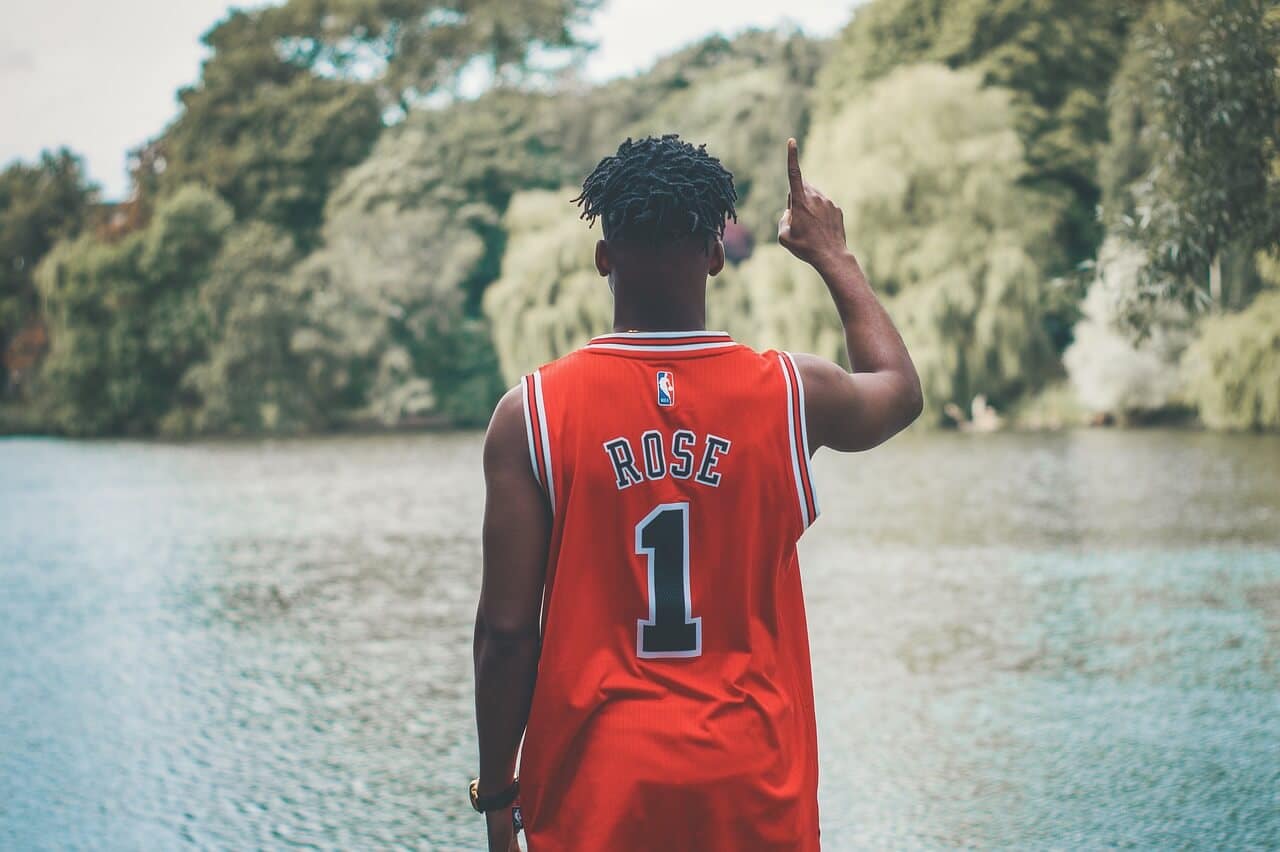 What is The Average NBA Height of an NBA Player?

Whether you are here to be a part of the fun conversation or to gain some serious knowledge before getting into the basketball sport, you will get your answer. Since basketball is a sport that has always been dominated by tall players, you think that being tall is an advantage, right?

Well, you are right but only partially. Having above the level of average NBA height is an advantage, however, just like any other sport, skills of the player are given importance too. Take a look at Gheorghe Muresan and Manute Bol; they are the tallest NBA players ever at 7’7”, while Muggsy Bogues is the shortest at 5’3”.

Bol is the only player in NBA to have more blocked shots than the points scored but on the other hand, Muggsy, despite being the shortest player still managed to have blocked more than 39 shots. Moreover, he did one on the 7’ tall Patrick Ewing! Skills, didn’t we tell you?

Still, people doubt whether they have the height that an average NBA player needs. Well, in this article we are going to explore and analyze all the details regarding the average height of NBA player and clear out your doubts.

In a sport such as a basketball wherein the players have to play the game and shoot balls above the rim, what do you think matters the most? It’s the height.

Let’s take an example to understand this; suppose that among all the players two of them possess identical skillset but only one of them is tall. Now, who do you think will have more chances to have better and easy shots? It’s the tall guy, and you know why!

However, the time has changed and so has the average basketball player height. Players these days are working hard and trying different kinds of diets to see what suits them the best.

They are taking good care of themselves and intake all the good nutrients just so that they are perfect for any and every tournament and stand out from their competitors.

For the past 30 years, the average height for an NBA player has been revolving around 6ft.7inches, the game has still witnessed the way to many changes how height is distributed and utilized in the game.

Basketball is one of the most popular sports among people. This is a game where a player could test his body in endurance as well as stamina. The most important thing that you require to play this game is skills.

But still, people think that height and weight are also factors other than skills that are required to play this game. People having a height above the average level always have an advantage over the shorter ones.

There is no escaping the fact that height and weight also matter in basketball other than skills. However, the height of a person is a natural phenomenon that is in no one’s control but weight is one that is under our control.

On the off chance that we see the normal tallness of an American is under 6 feet and ballplayers are significantly taller. Around 11 inches taller when compared to the U.S. population. Looking at the average weight of the player it differs depending on the height. According to 2017-18 the average player 6ft.7inc. are 217 pounds(98kg). Height Of Players According To Their Position

If we take a look at 1987 Magic Johnson was the tallest point guard with a height of 6ft.9inc. The player playing at this position is usually recognized by his talent and skills he has not by height but still, the height of the player has always been an advantage.

The average height of the player revolves around 6ft-6ft.3inc. Currently, Ben Simmons is the tallest with a height of 6ft.10inc.

Height usually matters in basketball and especially if you are playing at shooting guard position. 7ft. Embiid and 6ft.10inc.Ben Simmons are some of the tallest shooting guards of all time. The average height of shooting guards ranges between 6ft.3inc. to 6ft.5inc.

However, in some specific years point guards were taller and heavier than the shooting guards.

This is one of the positions which has seen a significant change since 1952. At first, the gameplay of the players revolved only around rebound and post-ups but that scenario is nothing as compared to today. Changes in average height have been minimal because it has been seen stable between 6ft.7inc. and 6ft.11inc.

At the moment power forwards have been focusing mainly on 3-pointers. There has also been a noticeable change in the weight of the players, it has decreased about 10lbs in the past 4 years and that has resulted in the improvement of the player’s game.

Seen the average height and weight of the NBA players you can notice that the small forwards are the tallest. In 1952 their average height was around 6ft.3inc. which gradually increased over the years to 6ft.8inc.

Centers are the same as power forwards if we compare the increase in the average height of the player. This is the position with the tallest players in the game. In 1994 the tallest center was 7ft. If we look at the weight it gradually increased in 2004 to 255 pounds.

Height differences in center players are almost noticeable because they usually fluctuate between 6ft.11inc. to 7ft. So it’s a fair point that weight has been the only noticeable change among these players.

Like we said before, with time, the average basketball player height has changed. In fact, it has decreased due to the major changes in the gameplay and a few other factors stated above and this difference is clearly seen from 1952 to 1987.

In the end, we would just like to say that height is definitely a plus point in this sport but having better skills is equally important and there is much evidence to prove our statement. If you feel like you lack the skills, then it’s time you get up and make things happen for you instead of waiting for things to happen on their own.

Still, the average height of NBA player is around 6’7” in shoes. Height is not really something that one can control or gain, but skills can be learned through practices and good quality basketball equipment.

You can visit and scroll through our website and find all the necessary equipment required to professionally play the sport. Don’t forget to check out the basketball hoops as they are a game-changer! Good luck. [source]

🥇How To Build A Backyard Basketball Court?
Best Basketball Shoes That Make You Jump Higher and Run Faster
How Long Is A Basketball Game?
Does Basketball Make You Taller? Factors That Help in GROWTH
THUNDER BIG 3: JIGSAW FALLING INTO PLACE
🥇What Is a Triple Double in Basketball? Double Double?